The Nix will look to pick up their first win over the Manchester Giants in the fourth North-West Derby of the 2020/21 season, when they’ll travel to the National Basketball Performance Centre later this evening.

Disraeli Lufadeju, who last played on the 8th of January (against the Giants) remains out, while Jimbo Lull has been ruled out due to an ankle injury. Phoenix’s marquee signing — Matthew Bryan-Amaning — will not make his debut tonight.

There are some big absences in the Giants camp too, as head coach Danny Byrne will be without Charlie Britton, Lyle Hexom, Jack Hudson and Jordan Whelan.

The Giants suffered a 23-point blow-out at the hands of the Plymouth Raiders on Friday night.

Sam Cassell Jr carried the scoring load against the Raiders, as he tallied a game-high 24 points, however the 6-foot-4 American was inefficient, as he made just six of his 17 attempts from the floor and also committed a team-high four turnovers.

The Mancunians have won every game against the Nix this season, including an 84-74 triumph in the last meeting between the two sides (January 8th).

Manchester’s record at home stands at 5-2 (all competitions), with one loss coming by way of forfeit against the London Lions.

The Giants (5-4) find themselves fourth in the table, trailing only London, Newcastle and Leicester. 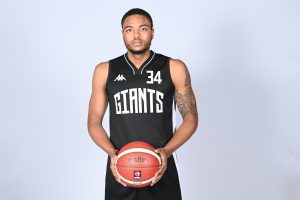 Manchester Giants: Breaon Brady — The Houston alum leads the league in rebounds and also finds himself in the top 10 in blocks (0.7) and field goal percentage (57.1%). Brady averages 17 points and 11.5 rebounds on 62.9% FG against the Nix. He will be will be licking his lips at the prospect of facing a Lull-less Phoenix.

Cheshire Phoenix: Jalen Hayes — Cheshire’s captain usually thrives against the Giants but this season he’s averaging just 5 points and 5 rebounds on 23.5% FG against Byrne’s team. In his last three games, Hayes is averaging 23 points, 10 rebounds, 2.6 steals and 1.3 blocks per night, so he must look to carry that form over into the North-West Derby. With Lull out and MBA yet to arrive, Hayes will be the man tasked with keeping Brady quiet.

Ben Thomas: “Tonight we face a Manchester team who, so far, have beaten us 3 times this season. The head to head is on the line and we have to win!

“We’ve had a good week in training and we’re looking to see all that work out on the court tonight!

“We do have a lot of injuries and a really short rotation, but we have enough to win. We’ve just got to go and there and do it!”

The Nix are next in action at the EPSV on the 7th of February against the Hemel Storm in the First Round of the BBL Trophy.