THE PLACE WE CALL HOME

As of the beginning of the 15/16 basketball season, the Cheshire Phoenix moved into their brand new home venue: The Cheshire Oaks Arena, situated within the Ellesmere Port Sports Village.

The £15 million Sports Village was officially opened by the Earl of Wessex in May 2015. The purpose built facility is described as ‘state of the art’ with 1400 spectator sports hall, designed to national basketball league standards. This means it will be the perfect home for the Phoenix for the foreseeable future. 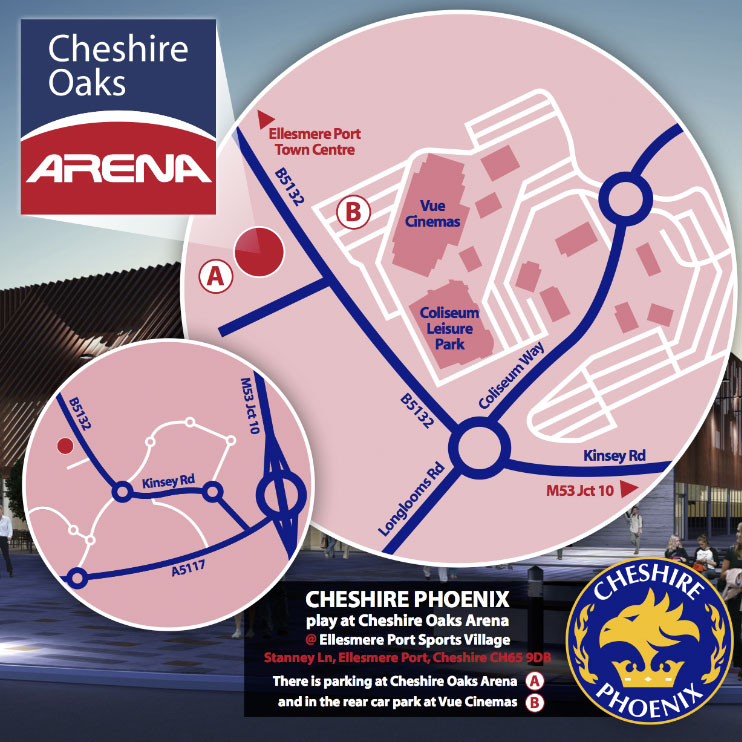