The Nix will look to secure their fifth win in the BBL Championship when they’ll face the Bristol Flyers at SGS College Arena.

The Flyers obtained an 84-81 victory at the EPSV in the second game of the regular season, so Andreas Kapoulas’ men would clinch the season series with another victory tonight.

Having picked up back-to-back wins (vs. Manchester Giants & Hemel Storm) for the first time in the 2020/21 season, the Nix find themselves in good form ahead of the clash against the Flyers.

Bristol’s record at home (all competitions) stands at 1-6.

The Flyers have picked up just one win in their last six games.

Experienced GB international Teddy Okereafor has established himself as Bristol’s top playmaker (5.2 assists-per-game; ranks 5th in the BBL) and he’s also been their best shooter (46.2% 3PT).

British forward Josh Rogers (42.9% 3PT) is the only other Flyer shooting over 40% from deep.

Ben Mockford, who suited up for the Phoenix during the 2019/20 season, signed for the Flyers on the 10th of December and is currently averaging 8.6 points and 1.7 assists in the BBL Championship.

The Flyers have won four of the last five meetings against the Nix. 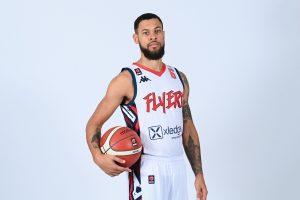 Bristol Flyers: Teddy Okereafor — The 6-foot-4 guard ranks fifth in assists (5.2) and sixth in steals (1.8) in the BBL. Okereafor isn’t a volume shooter or scorer but he plays a great all-around game and is often tasked with dictating the tempo of the game. He averages 8.3 points, 6.8 assists, 4.8 rebounds and shoots 60% from behind the arc when the Flyers win.

Cheshire Phoenix: Jalen Hayes — Cheshire’s captain accumulated 15 points and nine rebounds in the last meeting between the two sides, however he shot just 7-of-17 from the field, including 1-of-7 from deep. In the last five regular season games, Hayes is averaging 18.8 points and 8.8 rebounds per night, however he has missed 19 of his last 20 attempts from distance, so his efficiency must improve on Friday night.

Ben Thomas: “It’s going to be a tough game. It’s a huge game for us, they obviously beat us at home earlier in the season so the head-to-head is up for grabs for them this weekend.

“It’s a must win for us. They are a good team, they’ve got some really good players, obviously a really good back court with Teddy and Ben and Josh Wilcher coming off the bench.

“It’s going to be tough, but I feel like we match up really well with them. If we play the aggressive defence we’ve been playing in the last few games then there’s no reason why we can’t come away with a good result.”

The Nix are next in action at the EPSV on the 14th of February against the Glasgow Rocks, in the Quarter-Final of the BBL Trophy.