Cheshire Phoenix will have the chance to even up the season series against the London Lions when they’ll face off against Vince Macaulay’s side later this evening.

The two teams delivered one of the most exciting games of the season in their first meeting at the EPSV, which finished 110-99 in favour of the Lions.

The visitors come into tonight’s game in good form, having won five of their first seven games in 2021, while the Nix seem to have finally found their groove, as they’ve picked up four wins in their last five games.

The Lions are third in the BBL Championship, with a 9-2 record, however they’ve played three games less than the Eagles (second) and two less than the Riders (first).

London has the number one offence (91.3 points-per-game) in the BBL, however their defence ranks seventh (81.8 points-allowed-per-game).

The Lions have won six of their nine road games so far, including the 110-99 win over the Nix at the EPSV earlier in the season.

Williams leads the league in points-per-game (19.1) and three-pointers made (41).

Ex-NBA player DeAndre Liggins ranks second in the BBL in assists (7.2) and steals (2.4). The 6-foot-6 Kentucky alum leads the Lions in rebounding with 6.5 boards per contest.

Chris Tawiah ranks third in the BBL in field-goal percentage (62%) and second in free-throw percentage (94.7%)

The Londoners have won four of the last five meetings against the Nix.

London Lions: Dirk Williams — The 6-foot-5 American guard is averaging 19.1 points, 2.9 rebounds and 2.2 assists per game, on 54/47/84 shooting splits. The league’s leading scorer and three-point maker wasn’t at his best the last time the two sides faced off, as he scored just 14 points on 4-of-12 shooting from three-point land and also turned the ball over on four occasions, so the Nix will have to neutralise him again to give themselves the best chance of coming away with a victory. 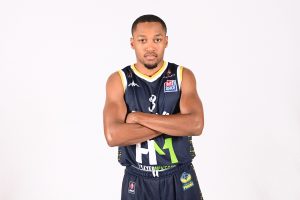 Ben Thomas: “We’ve got another game tonight where the head to head is on the line. We have to beat London to even it up!

“It’s going to be a very tough game against a very good Lions team. We know if we play an aggressive style of defence and a structured offence we give ourselves a really good chance!

“We’re looking forward to the challenge.”

The Nix will be back in action at the EPSV on Sunday 28th of February, against the Surrey Scorchers in the BBL Championship. Tip-off is scheduled for 5 p.m.