The Nix will have the chance to obtain their fifth consecutive win in the regular season when they’ll face off against the Sheffield Sharks this afternoon.

Ben Thomas’ team could also secure the head-to-head against the Sharks with victory at Ponds Forge.

The Sharks suffered a double-digit loss in the first meeting between the two sides, but they’re in good form ahead of today’s fixture, having picked up four wins in their last five regular season games.

Atiba Lyons’ men find themselves fourth in the BBL Championship table, with an 8-6 record.

The Sharks have the fourth most prolific offence (82.9 points-per-game) and the second best defence (76.2 points-allowed-per-game) in the BBL.

Sheffield has five players who are currently averaging double-digits in points: Jeremy Hemsley, Antwon Lillard, Jordan Ratinho, Nicholas Lewis (he missed the last game against Newcastle due to injury) and Kipper Nichols.

Johde Campbell, Nichols, Hemsley, and Lewis are all shooting 36.4% or better from three-point territory.

American center Bennett Koch has the highest field-goal percentage (64.4%) in the entire league.

The Sharks have obtained just one victory in the last five encounters against the Nix.

Sheffield Sharks: Jeremy Hemsley — The San Diego State alum is the second-best scorer in the league, with 18.1 points per contest and he also ranks fourth in steals, with 2.1 per game. Hemsley’s shooting splits of 54/49/73 are flat-out frightening. He’s been Sheffield’s most outstanding player so far, so they’ll need him to be at his very best against the red-hot Nix.

Cheshire Phoenix: Pharroh Gordon — The 6-foot-6 swingman is averaging just five points and six rebounds this season,  however he has demonstrated that he doesn’t need to rack up eye-catching numbers in order to be impactful. Instead, Gordon will be expected to chip in with savvy plays on both ends of the floor, just as he has done for the majority of the current campaign. 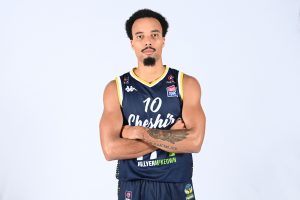 The Nix will be back in action at the EPSV on Sunday 28th of February, against the Surrey Scorchers in the BBL Championship. Tip-off is scheduled for 5 p.m.