The Nix will travel to the Morningside Arena for their second meeting of the season against the Leicester Riders.

Last time out, the Nix defeated the Riders 93-91 at the EPSV, thanks to an epic buzzer-beating game-winner from Kahron Ross.

The Riders bounced back from the defeat against the Nix with three consecutive victories against the Newcastle Eagles, London Lions and Surrey Scorchers.

The Riders have a 21-8 record in all competitions.

Rob Paternostro’s team has won 12 out of 16 games at the Morningside Arena (all competitions).

The Riders are currently on a three-game winning streak in the BBL Championship.

Opponents are shooting 43% from the field, 32.3% from three-point range and 70.6% from the free-throw line against Leicester.

The league leaders have plenty of fire power at their disposal, as William Lee (10.9), Corey Johnson (11.5), Darien-Nelson Henry (12.5) and Geno Crandall (17.4) are all averaging double-digit points-per-game, while Conner Washington, Alasdair Fraser, Jamell Anderson and Mustapha Heron are averaging a combined 32.1 points per contest.

Crandall is averaging 17.4 points (3rd most in BBL) and 7.9 assists (2nd most in BBL) per game in the regular season. The Gonzaga alum draws the second-most fouls per game (4.8) and currently leads the league in free-throws made (88).

Johnson has the fifth best free-throw shooting percentage (88.5%) and has made more three-pointers (50) than any other player in the BBL. 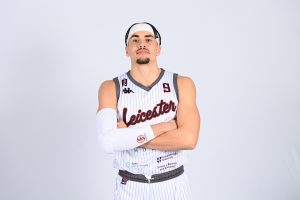 Leicester Riders: Corey Johnson — The Canadian sniper made 5-of-6 shots from behind the arc en route to a 21-point performance in the last meeting between the two sides, however he has missed 11 of his last 13 attempts from deep. Johnson will look to bounce back with another stellar shooting performance against the Nix.

Cheshire Phoenix: Mike McCall Jr — The American guard contributed with 20 points and three assists on 7-of-11 shooting off the bench in the last encounter against the Riders. McCall will have to supply his side with a similar performance at the Morningside Arena.

Ben Thomas: “After a break of games, which was really needed, we have a tough challenge against the league leaders. It’s going to be a test to see if we can get back into the form that put us in the position we are right now.

“We need to lock in for 40 minutes and out work the Riders for the whole game, if we do that there’s no reason why we can’t get another good result against them.”

The Nix will be back in action at the EPSV on Sunday 28th of March, against the Newcastle Eagles in the BBL Championship. Tip-off is scheduled for 5 p.m.