Dickerson won back-to-back Dick’s Sporting Goods National Titles in 2014 and 2015 with national powerhouse Montverde Academy, where he played alongside Ben Simmons and D’Angelo Russell. Dickerson was ranked 52nd in the ESPN 100 for the class of 2015. He was also ranked as the ninth best power-forward in his class and the third best player in the state of Florida.

Dickerson received offers from prestigious colleges such as Virginia, Vanderbilt, Tennessee, Pittsburgh, Georgia Tech, Georgia, Georgetown, Florida and Auburn before eventually committing to Washington on the 6th of April, 2015.

Dickerson made 134 appearances (118 starts) for the Huskies and posted career averages of 12 points and 7.3 rebounds per game on 54% shooting from the floor, whilst accumulating 24 double-doubles in the process.

Dickerson’s most productive season came during his junior year, in which he racked up 10 double-doubles in 34 games (33 starts) and averaged 15.5 points (on 56.9% shooting) and 8.4 rebounds per contest. He was rewarded with a spot in the 2018 All-Pac-12 First Team alongside the likes of Deandre Ayton, Aaron Holiday and Allonzo Trier.

In his senior year, Dickerson led Washington to the Pac-12 regular season championship and the second round of the NCAA tournament. He was named in the All-Pac-12 Honorable Mention Team after he averaged 12.3 points, 7.5 rebounds and 1 steal per game.

Dickerson signed his first professional contract with Maccabi Ashdod in the Israeli Basketball Premier League, where he averaged 10.6 points, 6.6 rebounds and 1 steal per game before his season was cut short due to the COVID-19 pandemic.

The 24-year-old joined VFL Astrostars Bochum in the German Pro B half-way through the 2020/21 season and helped his team achieve promotion into the German Pro A after the Astrostars finished with a league-best 25-5 record. 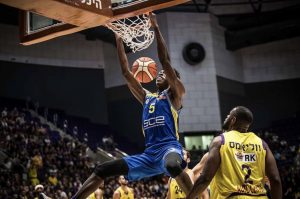 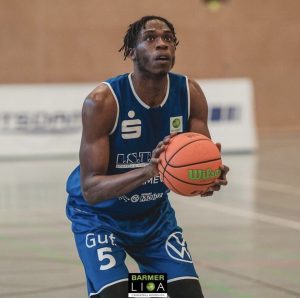 “I’m thankful for the opportunity to play with the Phoenix this season, I am ready to go, let’s play!”

“I’m really happy knowing that Noah will be in a Phoenix kit next season!

“He comes to us after a little bit of a rough start to his professional career, but this is a guy who was a dominant player in one the biggest conferences in Division 1 college basketball. He’s a versatile power forward who can play with his back to the basket or use his athleticism to beat guys off the dribble.

“After speaking to his ex coaches I know he’s a hard working, team guy and I’m looking forward to him getting here and getting to work with the rest of the squad.”