Cheshire Phoenix will begin their four-game road trip (vs. Lions, Flyers, Giants, Riders) with a visit to the nation’s capital, where they will take on the star-studded London Lions on Bonfire Night.

The fixture will be televised LIVE on Sky Sports Arena & Mix, with coverage starting from 7 p.m.

The Nix will enter the building looking for a bounce back win following their excruciating 91-92 defeat against the Giants last Sunday, while the Lions will be brimming with confidence following their convincing 85-67 victory over Donar in the FIBA Europe Cup on Wednesday night.

Cheshire finished 3rd in the ‘North’ group of the BBL Cup, while the Lions have secured a top-two finish in the ‘South’ group, with just one game left to be played (vs. Leicester Riders). 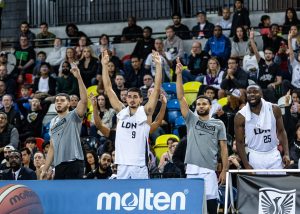 The Lions have a 6-1 record in the BBL Cup Group Stage, with their only loss coming against the Leicester Riders.

Tonight’s game will be London’s first in the 2021/22 BBL Championship.

With one game left to play in the Cup group-stage, the Lions are shooting a league-best 50.1% from the field and they also rank in the top-three in three-point percentage (35.9% 3PT).

Vince Macaulay’s team is averaging 27.9 three-point attempts per night, second most only behind the Manchester Giants (28.5). The Lions rank second in assists-per-game (23), only behind the Leicester Riders (24).

The Lions are yet to taste defeat at the Copper Box Arena (all competitions).

American shooting-guard Dirk Williams leads all scorers in the Cup, with 22.5 points-per-game while his teammate Isaiah Reese currently tops the assist chart with 10.4 dimes per night. Reese also ranks in the top-10 in scoring, with 16.8 points-per-game.

6’8 forward Julian Washburn leads the Lions in rebounding, with 6.8 boards per game, while 7-foot center Kylor Kelley leads the entire league in blocks with no less than 3 rejections per game. 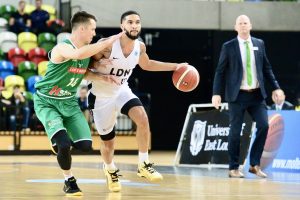 London Lions: Isaiah Reese — The 6’5 swingman has already exhibited his extraordinary ability by posting four straight double-doubles in his first five appearances in the BBL Cup. Reese has plenty of G-League experience, having spent the past couple of seasons playing for the Santa Cruz Warriors. He leads the league in assists, with 10.4 dimes per game, but he can certainly also score the ball himself, as he’s averaging 16.8 points-per-game (9th best league-wide).

Cheshire Phoenix: Teddy Okereafor — Cheshire’s point-guard and most experienced player comes into the game in great form, having dropped a 17-point, 12-rebound, 13-assist triple-double against the Manchester Giants on Sunday night. Okereafor will be tasked with facilitating for the American duo of Namon Wright and Levi Bradley, who combined for 32.8 points-per-game in the Cup group-stage, but he will also have to create his own offense, just like he did against the Glasgow Rocks when he netted 28 points & 11 assists on 60% FG. 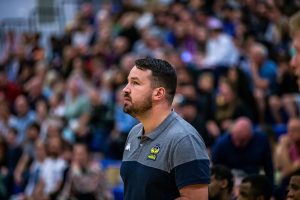 “Dirk Williams is averaging over 20 points-per-game to start the season, Isaiah Reese is averaging 17 & 10 so those two guys are creating a lot of offense for the Lions so we’ve got make sure that we lock in and stop them.

“We’ve seen how they play defense, we know that we can stretch the floor because we are a team with great shooters, we didn’t see that in the first few games of the season but we’re starting to find our form and really play basketball the way we want to.

“It’s always good to play in front of the cameras, Sky Sports do a great job, the production is very good and it just adds a little bit more of a professional feeling when you’re there and you can see all the stuff that’s happening on the sidelines.

“We’re excited and we’re hoping to cause a bit of an upset in the capital!”