Cheshire Phoenix will have the opportunity to bounce back from their heavy defeat in London when they’ll square off against the Bristol Flyers later tonight.This will be Cheshire’s second night of a back-to-back.

The Flyers will enter the building much more refreshed than the visitors, having not played since the 30th of October.

The two sides last faced off at the Mike Burton Invitational Pre-Season Tournament where they obtained one win apiece. 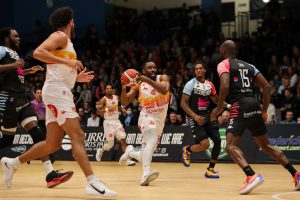 The fixture will mark Bristol’s first outing in the 2021/22 BBL Championship.

Andreas Kapoulas’ men finished third in the ‘South’ group of the BBL Cup, with a 4-4 record.

The Flyers have a negative 1-3 record on their home floor.

Bristol are yet to score above 85 points this season, however they’re also yet to concede more than 94.

The Flyers average the most field goal attempts (71.8) and offensive rebounds (14.8) per game.

American guard Marcus Evans led the Flyers in points-per-game (15.7) in the group-stage of the BBL Cup and also averaged the joint most assists (4.7) however he is a turnover-prone guard (4.2 TOPG). Evans ranked second in steals (2.7 SPG) only behind the reigning MVP Geno Crandall (3.1 SPG).

Evans’ backcourt partner and fellow American Mike Miller supplied his team with 15 points, 5.9 rebounds and 4.7 assists per game in the group stage of the Cup.

Delpeche made more two-point shots (52) than any other player.

Raphell Thomas-Edwards led the Flyers in rebounds with 7.1 boards per night. 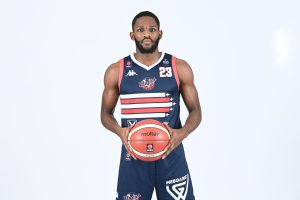 Bristol Flyers: Mike Miller — The former North Texas guard can contribute in many different ways. His great all-around ability is reflected in his stats from the group-stage of the Cup. Coach Kapoulas will look for the backcourt duo of Evans and Miller to dictate the tempo of the game and bring the win home and for that to happen they need to out-play Cheshire’s backcourt of Teddy Okereafor and Namon Wright.

Cheshire Phoenix: Josh McSwiggan — The 6’7 forward is currently averaging 11.5 points on 33% shooting from deep in the regular season, however we saw the real McSwiggan in the last game of the BBL Cup, when he dropped 18 points (3-of-6 from 3) and dished out six assists against the Newcastle Eagles. He must replicate that performance tonight in order for the Nix to clinch their first win in the regular season. 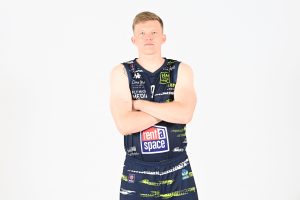 Ben Thomas: “Tonight we’ve got a great opportunity to put yesterday’s result behind us and give a better account of ourselves.

“We really can’t go 0-3 to start the regular season, we definitely need a win tonight.

“We know exactly what Bristol are about, how they want to play. They’ve recruited some good players this year, especially their guards, they’ve got some really dynamic guards so it’s all about making sure that we all know our jobs and our responsibilities defensively to stop them.

“We are looking forward to having a better performance and getting the result that we want.”