The 25-year-old, who hails from Springfield, Illinois started his collegiate career at Xavier, where he played for two seasons before transferring to Vanderbilt. Austin spent his final year of college at Central Michigan.

The 6’2 point-guard was part of the 2014/15 Xavier team which won the Big East championship and reached the Sweet 16 phase of the March Madness tournament. Austin spent the 2017/18 season at Vanderbilt, playing in the prestigious Southeastern Conference (SEC).

Austin was tasked with a bigger role at Central Michigan, as he played 35 games (all starts) and averaged 17.5 points, 6.3 rebounds, 6 assists and 2.2 steals on 49.7% FG. He steered his team to a 23-12 record and notched eight double-doubles along the way.

During his time at Central Michigan, he was named Mid-American Conference (MAC) Player of the Week on four occasions and was also rewarded with a spot on the MAC All-Defensive Team and All-MAC Second Team in the end-of-season awards. 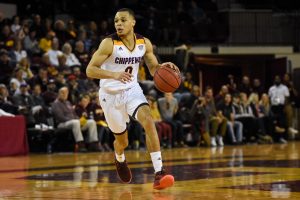 On signing for the club, Austin declared: “It feels great to be a part of the Phoenix family! I’ve heard nothing but great things about the team and the fans. I chose to sign for the Phoenix because Coach Ben seems to really believe in me as a player and young man! I also feel like the team has a great chance of making a deep run in the playoffs. Coach also has a record of producing guards and playing an up tempo style of basketball which suits me.”

When asked about his strengths and how he can improve the team, Austin said: “I believe that I can add toughness on the defensive end and I’m a player that can score the basketball and also play more than one position.”

The American concluded with a message for the fans: “Hey Nix Nation! I’m excited about joining the Phoenix family and look forward to seeing you guys at the games this season!” 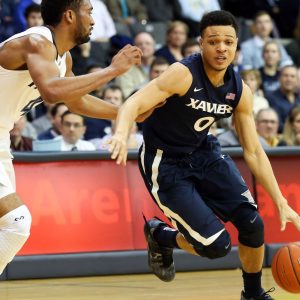 Phoenix head coach Ben Thomas said: “We desperately needed another quality ball handler so we’re really excited to have Larry here at the EPSV! He can get to the basket and he can create for himself so we’re really excited about this addition! Offensively he’s going to be a massive help but defensively he’s going to play a huge role as well as he’s a very defensive-minded player.” 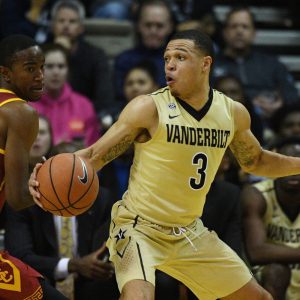 CATCH LARRY’S FIRST GAME AT THE EPSV THIS SUNDAY AGAINST THE SHEFFIELD SHARKS! TICKETS ARE NOW ON SALE!