Cheshire Phoenix will aim to book their spot in the Semi-Finals of the BBL Trophy when they’ll take on Paul James’ team at the Plymouth Pavilions later this evening.

The Nix slayed Scottish opponents Sony Centre Fury by 123-to-64 in the First Round of the competition, while the Patriots also steamrolled past their First Round opponents — Basketball Wales — to set up the Quarter-Final clash against Ben Thomas’ side.

The visitors will look to bounce back from their first defeat of 2022 against the Leicester Riders while the hosts will look to clinch their four consecutive victory in all competitions.

Cheshire defeated Plymouth 120-to-69 in the first meeting of the season between the two sides back on December 19th, 2021.

Despite recently picking up a couple of back-to-back wins in the regular season, the Patriots still have an abysmal 2-8 record in the BBL Championship.

Plymouth are currently 3-16 in all competitions, with all of their wins coming in 2022.

The Patriots have a 2-7 record at home in all competitions.

James’ men defeated Basketball Wales 113-to-66 in the First Round of the Trophy, with Kofi Josephs leading the way with 22 points in just 17 minutes.

The Patriots are averaging just 72.8 points-per-game in the BBL Championship (tied for the second-worst offense). They’re shooting just 40.9% from the field and 29.8% from deep, however they’re one of the more accurate teams from the foul line at 75.2%.

The hosts average 16.9 assists per game, however they do turn the ball over at a high rate, as they’re currently averaging 14 turnovers per night.

The Patriots rank second in blocks (4.1 per game) only behind the London Lions (4.8 per game).

Plymouth have three elite scorers on their roster in Josephs (21.6 points-per-game), Rashad Hassan (19.5) and Antonio Williams (18.5). 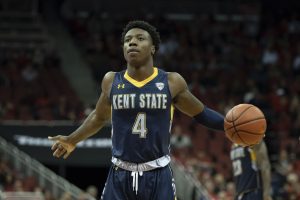 Plymouth City Patriots: Antonio Williams — The American guard has enjoyed a great start to life in Plymouth, as he’s currently averaging 18.5 points, 4.5 rebounds, 6.5 assists whilst shooting 53.8% from the floor and 40% from three-point territory. Williams supplied his team with 11 assists in their First Round win over Basketball Wales.

Cheshire Phoenix: Larry Austin Jr. — Phoenix’s back-up point guard delivered a ‘Player of the Game’ performance in the last meeting between the two sides, as he finished with a 21-point & 10-assist double-double, which also included five rebounds, two steals and zero turnovers.

Ben Thomas: “Tonight’s game is a huge opportunity for us to progress through to the Semi-Final but it’s going to be tough!

“Plymouth have found some form recently following their additions of some really good Americans so it will be a big challenge but at the same time a big opportunity for us to get to the Semi-Final of the Trophy and that’s something that we really want to achieve!”

The Nix are next in action at the EPSV against the Glasgow Rocks (5:30 p.m. tip-off) in the BBL Championship on the 6th of February. Tickets are now on sale!