Cheshire Phoenix will aim to extend their winning run to five straight games when they’ll take on the Surrey Scorchers later this evening.

Last time out, the Nix obtained a hard fought 5-point victory against a brave Scorchers team.

Creon Raftopoulos’ team failed to recover following their 80-85 loss against the Nix, as they’ve dropped the last three games against the Manchester Giants, Plymouth City Patriots and Newcastle Eagles. 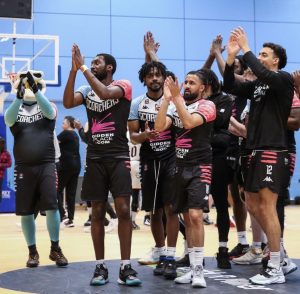 The Scorchers are currently 1-11 in the BBL Championship, with their only win coming against the London Lions on New Years Day.

The Scorchers have the second-worst offense in the league at just 73.5 points-per-game.

The hosts are dead last in field-goal (38.7%) and tied with the Bristol Flyers for the worst three-point percentage (30.2%). The Scorchers convert free-throws at the second-worst rate in the league (69.7%), with only the Bristol Flyers below them (63.3%).

The Scorchers rank second in overall rebounds (37.1) and also obtain the most offensive rebounds (11) per contest.

Davis Jr. also leads the Scorchers in rebounds, with 7.3 boards per contest. 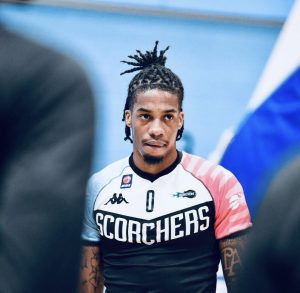 Surrey Scorchers: Stanley Davis Jr — The flashy American guard ranks 3rd league-wide in point-per-game. Davis Jr put on a show last time out as he finished with 23 points, five rebounds, four assists and three steals whilst shooting 61.5% from the floor.

Cheshire Phoenix: Levi Bradley — The American star forward is enjoying his best spell of form in Phoenix colours at the moment, as he’s finished in double figure scoring in each of his previous nine games in all competitions. Bradley led the Nix in scoring in their last encounter against the Scorchers.

Ben Thomas: “We’ve got a huge weekend coming up and we need to start the right way tonight!

“We know that Surrey will be tough and resilient but we’re in really good form at the moment so I’m confident that if we execute our game-plan then we’ll come out with a good result!”

The Nix are next in action at the EPSV against the Plymouth City Patriots (5:30 p.m. tip-off) in the BBL Championship on the 20th of February. Tickets are now on sale!