The British Basketball League (BBL) has confirmed that our BBL Trophy First Round tie against Scottish side Sony Centre Fury will take place on the 9th of January 2022, with tip-off set for 5:30 p.m. Cheshire have advanced past the first round of the Trophy in each of the last six seasons, with their last … Read more 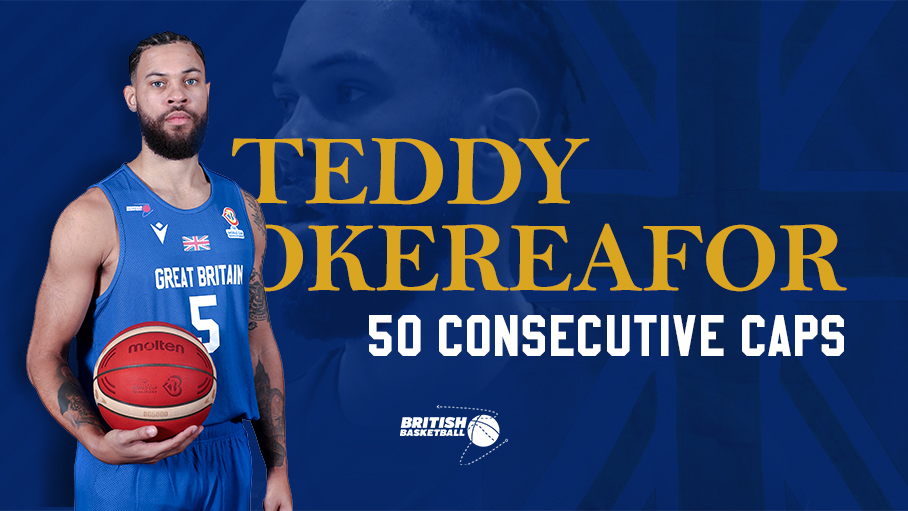 Teddy Okereafor broke the record for the most consecutive appearances for Great Britain set by Bill McInnes in 1976 with his 50th straight cap against Greece in the 2023 FIBA World Cup Qualifiers.  Okereafor marked the occasion with a joint game-high 19-point performance, which also included four rebounds, three assists and three steals. Okereafor was … Read more by Vlad Ionasc Cheshire Phoenix captured their first victory in the BBL Championship against the Sheffield Sharks. The Nix used the convincing 86-67 triumph to extend their positive run against the Sharks to eight consecutive victories in all competitions, stretching across three different seasons. Cheshire led for 39 minutes and 13 seconds as their opponents … Read more by Vlad Ionasc Cheshire Phoenix will take on the Sheffield Sharks in their return to the EPSV following a five-game road trip. The Nix are currently on a seven game winning streak in all competitions against the Sharks, however the visitors have started the regular season with two wins and zero losses while the hosts … Read more by Vlad Ionasc Cheshire Phoenix dropped to 0-5 in the BBL Championship after they suffered a 22-point defeat against the Leicester Riders at the Morningside Arena. The two sides squared off in BBL Cup less than a week ago, with the Riders emerging victorious by the slimmest of margins, 85-84. The second meeting of the … Read more by Vlad Ionasc Cheshire Phoenix will end their five-game road trip with a tasty clash against the Leicester Riders at the Morningside Arena. The Nix were knocked out of the BBL Cup by the Riders last Saturday, despite a gutsy performance from Ben Thomas’ men. Cheshire led for the majority of the night but came … Read more Cheshire Phoenix are pleased to announce the signing of American point-guard Larry Austin Jr!  The 25-year-old, who hails from Springfield, Illinois started his collegiate career at Xavier, where he played for two seasons before transferring to Vanderbilt. Austin spent his final year of college at Central Michigan. The 6’2 point-guard was part of the 2014/15 … Read more by Vlad Ionasc Cheshire Phoenix bowed out of the BBL Cup despite a valiant effort against the Leicester Riders at the Morningside Arena. Ben Mockford had a stellar night for the Nix, as he poured in 30 points on 11-of-17 shooting from the field, including 8-of-12 from three-point range, while reigning BBL MVP Geno Crandall … Read more by Vlad Ionasc Cheshire Phoenix will aim to snap their four-game losing streak and book their spot in the Semi-Final of the BBL Cup when they’ll take on the Leicester Riders at the Morningside Arena. The Nix finished third in the ‘North’ group, with a 4-4 record, while the Riders finished second in the ‘South’ … Read more